Back at the UN – the 55th Commission on the Status of Women. 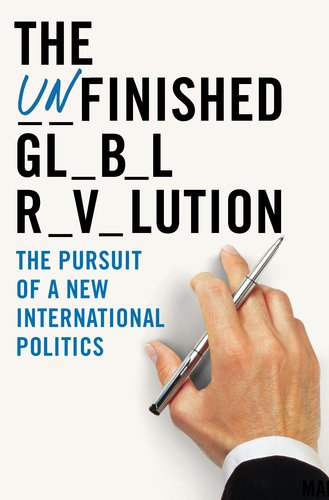 It’s so nice living down the street! Well, 6 miles down the street. Still not too bad. Makes the experience much more relaxing. In fact, it’s damn exciting.

The most exciting piece so far is a presentation I just got out of held at the UN Bookshop. Apparently the revolutionary hub of international politics. After hearing it I’ve decided to sit (security wasn’t too happy with that) on a bench in the crowded UN basement and hammer out a few thoughts.

The Basics: Mark Malloch-Brown, the former UN Deputy Secretary General (sort of like a vice president under Kofi) and former head of the UNDP, has just released a new book titled “The Unfinished Global Revolution: The Pursuit of a New International Politics

Sadly, I’m $25 poorer as a result… guess it’s the UN basement tax since amazon has it for $15. I’ll consider it a donation to this fine establishment. I’m not too worried though – after listening to him talk I realized we were on the same page with a lot more than I anticipated. It fits right into my grand (though slowly moving) plans for “The Diplomacy Project” and “DailyUN”. He also signed the book, which makes me feel better about the price.

Anyways – onto his presentation. His main point was that in an increasingly globalized world we need ways to deal with transboundary problems. We need some form of global governance. Global health, international trade, environmental degradation, climate change, flows of finance, nuclear proliferation, terrorism, international human rights, displacement. All of these can’t be addressed solely by national governments.

Mark’s point was that we need to begin redefining what the UN is and how it is supposed to work. We need to include far more voices in discussions from a wide range of civil society. Mark also, somewhat surprisingly, made an impassioned plea for the UN to more fully embrace social media and the internet – as an alternative way for stakeholders to engage with the UN.

He made it clear that we need to create more robust avenues for individuals and organizations to involve themselves with UN. I agree. The halls here are packed, there are already too many people trying to attend meetings. (This building is surprisingly and depressingly small considering it’s supposed to be the headquarters for our fledgling global system of governance. I’ve been in bigger department stores.)

Mark told it like it is – we need to figure out better ways of engaging people, like having virtually mediated consultations (done well, with clear systems of synthesizing and furthering/using findings) prior to meetings. We also need to make information far more digitally accessible. Though mark didn’t specifically say this, I would add that we need to figure out how to actively engage individuals on the ground – we are the teeth of the UN. Without the support and engagement of people there is no power in this day and age. Egypt showed us that.

Speaking of Egypt, Mark had a few interesting points on the revolutions taking place in the Middle East. During his time at the UN he helped draft the first “Arab Human Development Report“, which looked at the three largest deficiencies (from a development standpoint) in the Mideast today. The lack of democracy, the lack of women’s rights, and the lack of access to secular education.

What’s happening right now in Egypt, Tunisia, and elsewhere, he said, is due entirely to the courage of the protesters. When the UN goes back to these countries to help them rebuild their governments, they need to do so humbly, acknowledging what they weren’t able to do. That they couldn’t actively assist the protests as they were taking place.

After all, the UN is made up of its member states. The 192 that make up the general assembly and, more importantly, the 5 permanent members of the Security Council. It’s here that we need to begin thinking about reform. If the UN is unable to react and participate in crisis areas (be they social, environmental, or economic) due to issues of sovereignty, then the UN will cease to be relevant. Even if the UN isn’t able to physically involve itself, there is a lot more that can be done with intentional and hard hitting diplomatic pressure.

Specifically looking at the crisis in Libya right now, with hundreds being killed by an raving dictator, somebody needs to do something. What’s even more distressing is that the UN has the power to intervene. It’s called the “Responsibility to Protect” principles, or R2P. But the Security Council governments are very hesitant to use this. They don’t like any breach of sovereignty.

And that’s exactly it. The biggest problem with the United Nations – a tension that goes to its core. The need to balance the moral and ethical values the UN holds in its founding documents with the need to maintain a universality allowing the full participation of every country in the world. After all, if we can’t all get together to talk, then there is little hope of solving any moral or ethical dilemmas that confront us. Both are values, but different kinds.

Well. That’s about it for now. Time to run somewhere else! Maybe to food?